One A Day: 365 Views of the Cathedral of Learning

A series of paintings of the University of Pittsburgh’s Cathedral of Learning from 365 different vantage points, one for each day of the year.These paintings of small format (11 x 9 inches each) were done in a single session and in a systematic way. Painted always on site, I could not delay more than two or three hours in its making because the changing of light and shadows. This compels to be concise in order to capture that unrepeatable moment. Without being able to insist more on the work, priority is given to the execution, rather than a certain formal preciousness. Elaborated on the consecutive days, in the end I complete the 365 days of a year. 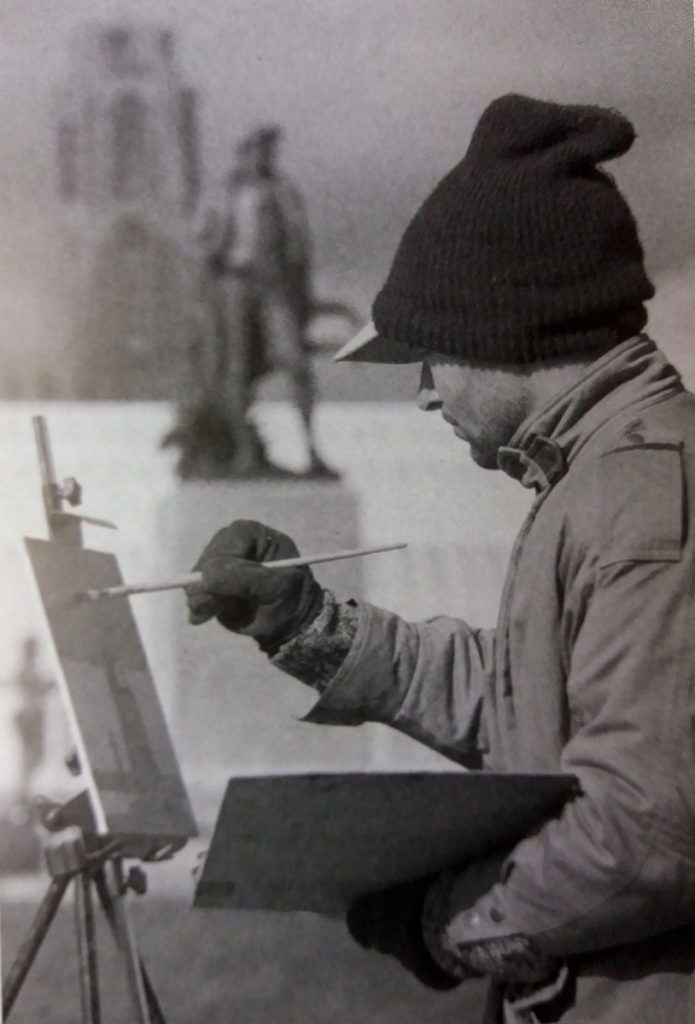 When I got to Pittsburgh, the first thing I noticed, along its steep streets and hills, was its unpredictability weather. It has a micro weather that makes practically impossible any meteorological predictions. And to anticipate if it was going to be a sunny day, cloudy or raining… Or everything at the same time. The saying there is: if you do not like the weather, wait five minutes. This led me to the adventure of painting a small picture alla prima (at once) every morning, whatever happened. I was going to paint on every canvas what I could achieve in a single session. Because if always light and any moment is unrepeatable, in Pittsburgh that becomes more evident. And in all of them I was going to paint a view of the Learning Cathedral, a neo-Gothic skyscraper that belongs to the University of Pittsburgh. (…)

When it was exhibited at the Carnegie Museum, at the opening day, I still was at fifty paintings to complete every day of the year. These were displayed as blank canvases, replacing each of them with the new painting as completed, without missing a single day. And ending on August 24, 1999, precisely Jorge Luis Borges’ anniversary. 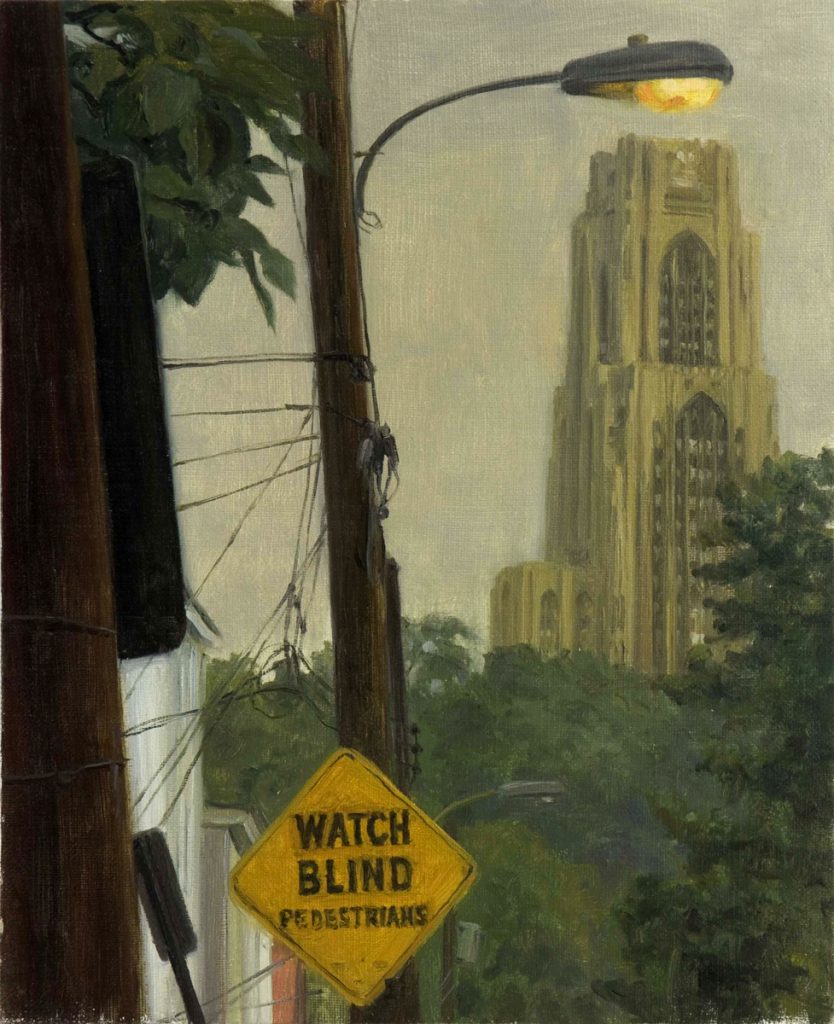 As Pittsburghers are very passionate about their city and many visitors repeated the visit to see the new and latest paintings of the series, the exhibition became very popular, being the most visited at the Forum Gallery of the museum. The same university not only acquired them, but also created a space for its permanent installation in another historical building, the Old Masonic Temple, located just opposite the Cathedral, and now dedicated to the Alumni Hall of the university. I could not imagine a better end for it.

In July 1999, Forum Gallery (Carnegie Museum of Art) opened before Spanish artist Felix de la Concha had even finished making the art. De la Concha had already shown his work in Europe and at the Columbus Museum of Art in Ohio. He moved from Columbus to Pittsburgh the previous fall and almost immediately began a project to create a painting of the Cathedral of Learning every day for a year, each time from a new perspective. “It became something very existential about representing this moment that is not going to be happening again,” says de la Concha. His practice, too, became about seizing the moment. He had about two hours to capture as much detail as he could before the lighting changed. Mark Francis, Andy Warhol’s chief curator at the time, who visited de la Concha’s studio when he was about three months into the project, recognized a connection to the work of Japanese conceptual painter On Kawara, who had recently won the Carnegie Prize, the honor awarded to the top artist at each Carnegie International, for his “date paintings.” (…) His work wrapped the walls of the Forum Gallery about six months later. The project was among the series’ most popular. “They told me they had beat records for visitors at the Forum Gallery,” says de la Concha. He completed the last 50 canvases while the show was already public, prompting visitors to return to see the work evolve. The final project, titled One a Day: 365 Views of the Cathedral of Learning, was acquired by the University of Pittsburgh and now hangs on permanent view in its Alumni Hall.

Excerpt from ART OF THE NOW. Carnegie Museums of Pittsburgh. BY JENELLE PIFER.

One painting of a Pittsburgh landmark exhibited in the Carnegie Museum of Art is unlikely to draw much attention, but a presentation of 365 of them certainly arouses curiosity. The allure of Felix de la Concha’s “One A Day: 365 Views of the Cathedral of Learning,” however, is more than numerical.

Walkabout: Painting as an act of devotion

I wait at an Oakland intersection for a man on a bicycle. When one glides toward me, I decide this must be Felix de la Concha.

He stops, committing to the sidewalk a left foot in a sneaker of the type people wore before anyone jogged, a dime store sneaker, dark blue and unstrung.

Spanish artist exhibits more of his love of Pittsburgh

Kurt Shaw is the art critic for Trib Total Media.

In 1997, when Spanish painter Felix de la Concha came to Pittsburgh for the first time, he painted the series “365 Views of the Cathedral of Learning.” It was exhibited at the Carnegie Museum of Art in 1999 in a solo exhibit.