The search for desire 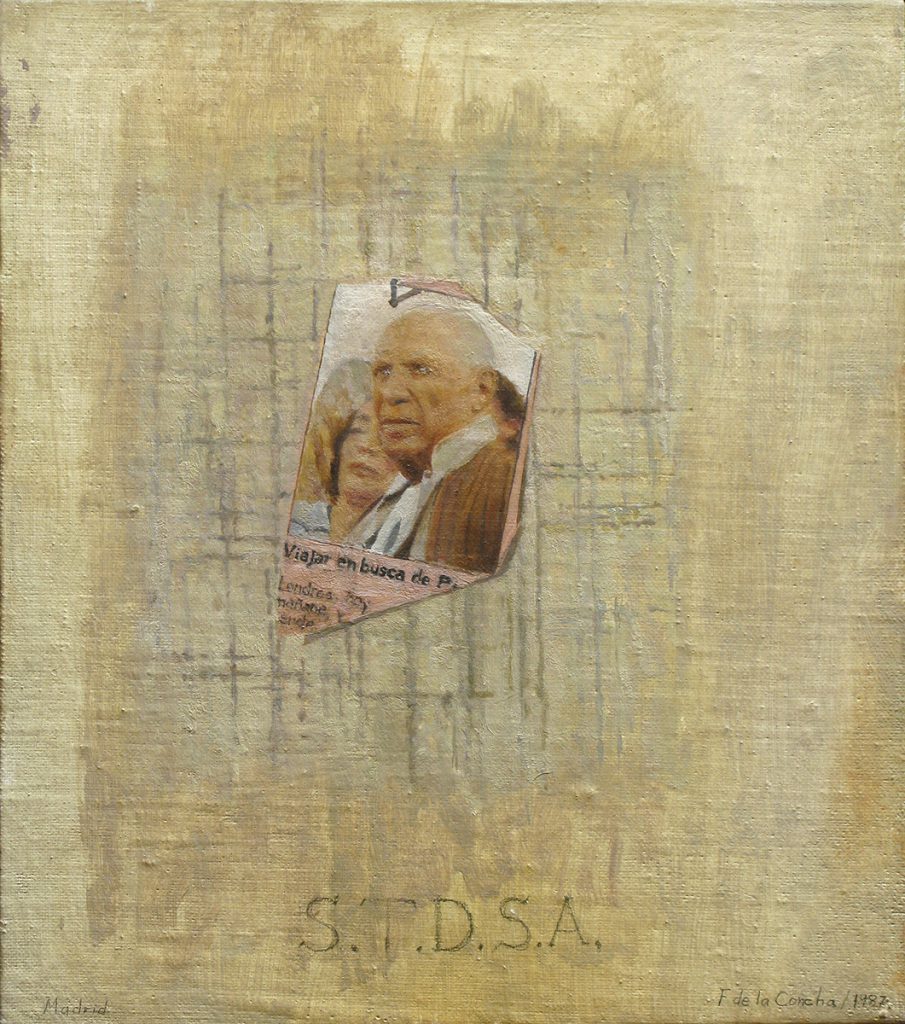 I painted this tiny canvas early on in my career as a professional painter. By professional, I mean when I could support myself just from painting. This piece has caused me to do a lot of reflection: while I was painting it, once it was done and even to this day.

I have never exhibited S.T.D.S.A. nor reproduced it in a catalogue. Although for me it is an intriguing work. It clearly can be defined as a conceptual work, but I try to defy a single definition.

I painted a portrait of Picasso from a bad reproduction of a piece of newspaper that I found by chance. Although I never paint from photographs, here I found myself painting a composition with a photograph nailed to the wall of my apartment. A kind of objet trouvé and readymade.

A scholar could find a clue to this work by paying attention to the letters S.T.D.S.A. And here comes what I continue question… In order to arrive at a conceptual understanding of this work, it is necessary not merely to enjoy the visual aspects, but also to exercise other faculties. First, enough attention to the painting to notice and wonder about the letters S.T.D.S.A. Second, enough knowledge about Marcel Duchamp’s work to note the reference. Third, enough Spanish language skills, as well as French, to understand Duchamp’s readymade piece L.H.O.O.Q.. Elle a chaud au cul. “Elle a chaud au cul” literally translates into “She is hot in the ass”.

As I give information in my writings, “Madrid” and “1987”, the letters S.T.D.S.A. ought to be spelled not in French but in Spanish. These letters reveal the hidden sentence, Ese te desea (Ese te de-ese-a), which means “That one desires you”.

In 1987, early in my career, I was deciding whether to continue to follow a hardcore conceptual path (writing extended essays about my works, giving lectures, participating in debates, forums, biennales, academia…) or concentrate on the completely obsolete media of painting.

There are different ways of representation and a “desire” is in this painting. But here I am today, explaining this piece, doing exactly what I tried to escape from for more than thirty years ago. 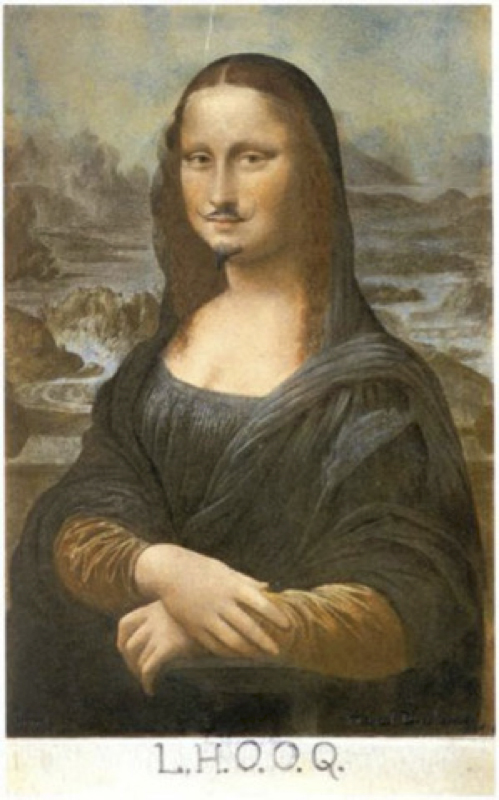 L.H.O.O.Q. is a work of art by Marcel Duchamp first conceived in 1919. The work is one of what Duchamp referred to as readymades, or more specifically an assisted ready-made. Pioneered by him, the readymade involves taking mundane, often utilitarian objects not generally considered to be art and transforming them, by adding to them, changing them, or (as in the case of his most famous work Fountain) simply renaming them and placing them in a gallery setting. In L.H.O.O.Q. the objet trouvé (found object) is a cheap postcard reproduction of Leonardo da Vinci’s Mona Lisa onto which Duchamp drew a moustache and beard in pencil and appended the title.